There was a problem with your log in form options. Please make sure things are set correctly and try again.

...to enhance, maintain and protect the quality of the natural and human environment. 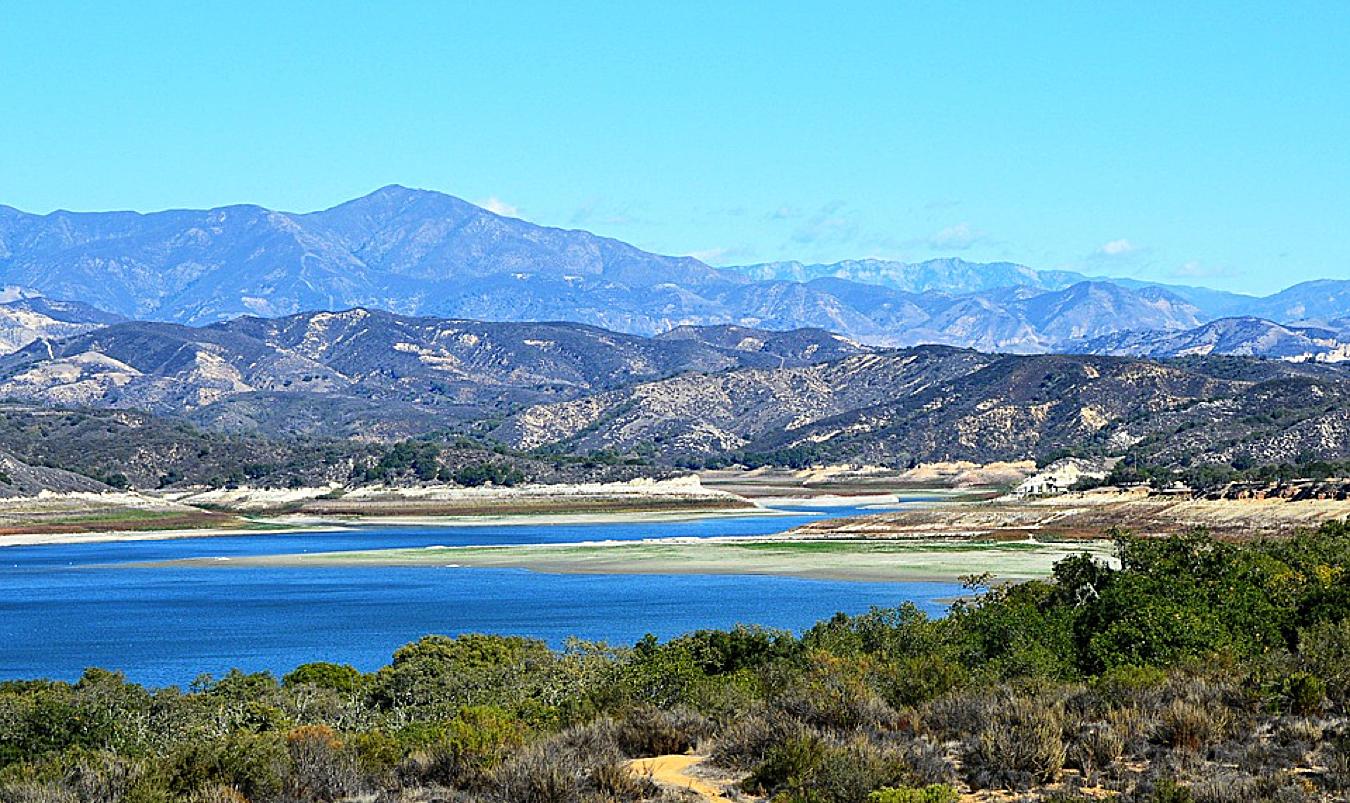 It’s no surprise that with the majority of students learning remotely that student outreach for the 2020-2021 school year is looking a little different than previous years.

In the midst of the pandemic, most of us have had to adapt many, if not all, aspects of our work as well as our personal lives, and that has made us have to think creatively to adapt to these changes. This was recently exemplified in the planning, collaboration, and overall success of our Chapter’s fall student kickoff event, a webinar entitled “Planning for the Future: A Panel Discussion on Environmental Careers.”

Over the summer, Cassidy Williams, the Channel Counties Chapter Student Membership Committee Chair, was participating in a virtual meeting with the other California Chapters’ student membership chairs and realized that with student events being hosted virtually, it opened up the benefits of planning a cross-chapter event. Subsequently, Ms. Williams reached out to Kristen Bogue of the Orange County chapter and Emilie Wolfson of the San Francisco Bay Area chapter and the team to host a cross-county collaborative virtual event was born. Over the course of the summer, Ms. Williams, Ms. Bogue, and Ms. Wolfson met over Zoom and worked out the framework for the event and recruited colleagues to form a panel of environmental professionals.

The panel was composed of five individuals who came from different environmental professions and years of experience, and included Claudia Garcia, an environmental planner from Sacramento, Pierre Glaize, an air quality and climate change specialist from Santa Ana, Travis Belt, a biologist from San Luis Obispo, Vanessa Shevlin, an arborist from the San Francisco bay area, and Lee Reis, a transportation specialist from Walnut Creek.

On October 22nd, the day of the event, 100 students had registered for the event and everyone was ready to go. When the clock struck noon, the event began and each of the panelists shared their stories and perspectives on their own career paths, the challenges and rewarding aspects of their profession, and what key skills they felt were crucial to develop to be successful in their field. Multiple students submitted their questions to the panel and they were answered live. At the close of the webinar, students were provided with additional opportunities to stay engaged through AEP membership, the AEP conference, and scholarship opportunities.

All in all, this event demonstrated that while student outreach efforts this year will be different and present new challenges, that they can be just as successful as past efforts and in some areas, even more successful. By hosting more virtual events this year and in the years to come, the Channel Counties Chapter hopes to continue to reach out and engage with students no matter where they’re at.

Listen to a recording of the panel (audio)

Watch a recording of the panel (video and audio)

A potent blend of CEQA perspective: Jasch Janowicz, a developer at the Ventura-County based Daly Group presents at the lectern on determining the appropriate type of environmental document. A to Z law Attorney Robert Kwong, seated with microphone, warns of “addendum abuse,” and City of Oxnard Planning & Environmental Services Manager, Scott Kolwitz, prepares to share on timing public hearings.

Breaking new ground, the Channel Counties Chapter of the Association of Environmental Professionals (AEP) hosted a California Environmental Quality Act (CEQA) Essentials workshop for the first time in the City of Thousand Oaks (TO). The inaugural TO workshop was almost the workshop that wasn’t. The weeks leading up to the workshop saw the training teeter on a precipice of possibility, nearly nixed for failure to hit critical mass.

“Our seventeen participants in the Founder’s Room of the Civic Arts Plaza would never guess the obstacles we overcame to get there” remarked Mitchel Morrison, the workshop coordinator. As volunteers, workshop coordinators are responsible for everything from picking the panel of presenters and recruiting student volunteers and making sure the sandwiches arrive on time. “Two weeks before the workshop, State AEP mandated 15 paid pre-registrants as ‘critical mass’,” Mitchel recalled, “at the time, we had six.” Pivoting from almost “pulling the plug” to pressing forward required a shift in perspective. In a critical moment any AEP programs rep will relate to, I had to decide, do or die?

The TO location broke a decades-long practice of rotating the CEQA workshops between Ventura and Santa Barbara Counties from year to year. Yet, when Mitchel received a request from the City, went forward to reach underserved and non-members in southern Ventura County, the southernmost limits of the Channel Counties Chapter. The request came from Donald Nielsen, a planner new to the City who had recently switched from the City of Ventura where he attended an Advanced CEQA workshop in February.

“Don reached out and indicated the City would be interested in hosting AEP for a CEQA workshop,” Mitchel recalls. In a rambling introspective rant, Mitchel remarked, “if I knew then all that I know now, I wouldn’t have done it. But now that I’ve done it, I’m glad we did.”  2019 was Santa Barbara County’s “turn” to host CEQA Essentials, going with TO broke with convention. With local Chapter Board support, Mitchel accepted the request, and went to town assembling the following panel:

This blend of perspective on CEQA is potent: a private practitioner to address substantive aspects, a public practitioner to address procedural aspects, and an attorney to explain how to make your CEQA document legally defensible. We had Jasch, a principal-level private practitioner turned developer with $50 million of real estate in the Daly Group’s portfolio, including, a mixed-use infill development literally down the street on TO Boulevard. Scott, who staffed the Emergency Operations Center during the Thomas Fire and participated in the development of the Thomas Fire Rebuild Overlay Ordinance at the City of Ventura. Robert brought 25 years of experience in land use and environmental law, including eleven years as a former Assistant County Counsel for the County of Ventura where we worked on the addition of a High Occupancy Vehicle (HOV) lane on the 101 Freeway.

“In the critical weeks leading up to the workshop, I had to squeeze personal pleas between my MNDs” recalls Mitchel, who spends his billable hours as a project manager at Envicom Corporation in TO. “However, when I introduced our speakers, a shocking number of hands went up from public agency staff.” Turns out, 82% of workshop attendees were from the public sector, the push to promote the workshop to public agencies proved effective. By demystifying the environmental portion of planning, AEP has a “competitive advantage” to serve public agencies, when contrasted with other associations.

Every number represents a real person forming their own impressions of AEP. In reaching out to local jurisdictions and listening to their feedback, Mitchel learned two lessons: 1) personal invitations are the most powerful way to promote programs, and 2) “south County” jurisdictions were under-represented in professional associations; a sobering reminder of the work to be done to build AEP’s presence along the southern frontier of Ventura County.”  Pitching the workshop as a way to stay up-to-date on changes to CEQA, the panel highlighted hot topics that would resonate with Ventura County planners, namely, wildfire impact analysis, on the heels of a destructive wildfire season.

Claire, Kalli, and Melissa, college seniors studying environmental science at California Lutheran University and California State Channel Islands knocked the workshop out of the park. Claire, Kalli, and Melissa met AEP for the first time. They discovered, as many students do, that AEP is a legit professional association. AEP is not a cloistered campus club promoting abstract concepts, but a vibrant organism of “real world” professionals eager to help them get hired.

The gap between graduation and gainful employment is a chasm. Amid a national $1.6 trillion student loan crisis, the average college student graduates with $35,000 in student loan debt, only to cross the stage at commencement and enter an abyss. AEP is uniquely positioned to assist students and graduates with of scholarships and vocational guidance. Claire, Kalli, and Melissa enjoyed getting to know one another and now see AEP as a vehicle for navigating the uncharted waters of post-graduation with professional connections.

Fifteen of the seventeen pioneering participants submitted evaluations, a participation rate of 94%. All participants rated the workshop content as “excellent” or “good.” The first-ever TO workshop resulted in at least three new AEP members, revenues in exceeding expenditures, and a new frontier forged for the Channel Counties Chapter of AEP.